The Dairy Capital and other cow "tails"

The agency I work with, Regional Support Associates, is an affiliate of Woodstock General Hospital (WGH) and you just never know when or where large fiberglass cows will show up at WGH. This one showed up today outside a Christmas Craft Fair in the Finkle Building. 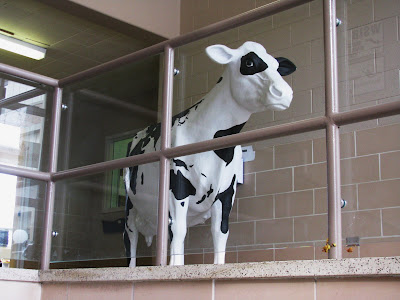 For this to make sense I need to back track a bit. Woodstock, Ontario is in Oxford County which is know as "the dairy capital of Canada". Helping to contribute to this honour is the story of Springbank "Snow Countess", a record-setting milk producing Holstein Freisian cow. On the northwest corner of Dundas Street and Springbank Ave. in Woodstock you can find a concrete statue (below, in a photo from the City of Woodstock website) of this impressive cow -the statue was designed by Ross Butler. The statue was erected on August 4, 1937. The "Snow Countess" was born on November 18, 1919 and died August 9, 1936. During her lifetime, she produced 9,062 pounds of butterfat, impressive at that time. It was erected by the Holstein Freisian Association of Canada on the Springbank Farm of T.R. Dent, owner of Snow Countess.

In more recent history, Lely Canada gave the hospital Foundation and the City of Woodstock approximately 10 fiberglass cows to use for various community and fund raising events. As you can see this one sports a map of the world on her side. 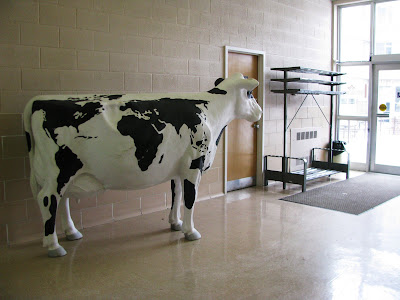 Rick Anderson from Environmental Services at WGH was one of the vendors at the craft fair, he can be seen in the background of this shot below. Rick and his wife are breeders of Alpacas at Gold Star Alpacas - they also sell alpaca products such as yarn, knit wear and toys. 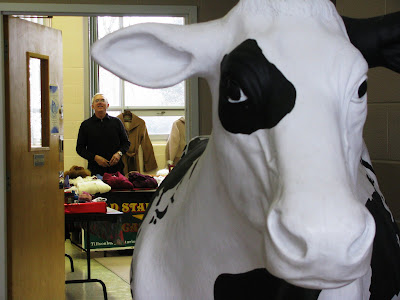 This website and its contents are owned by Elaine Dale. All images are (c) Elaine Dale. No image may be captured, copied or distributed by any means without the written permission of the copyright holder. Photos copyright of Elaine Dale except where other credit is given.

A Scattering
Hi, I'm Elaine - welcome to my photo blog. I'm a Newfoundlander by birth and by heart who is land-locked in southwestern Ontario. I've been an avid photographer for as long as I can remember, starting as a kid with a Kodak camera and flash cubes. These days I'm using a Canon SX60 HS. These days I also tend to the tech side of my better half's blog: http://freelanceandfiction.blogspot.ca/ Thanks for stopping by. elaine489@gmail.com 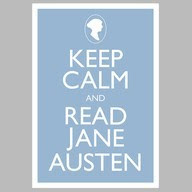 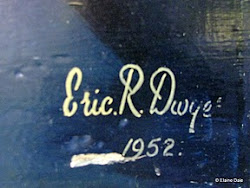 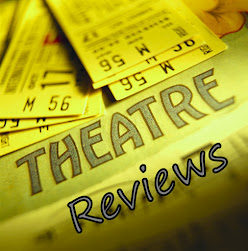 In the Limelight Interview Dec. 2010

click on the photo to see what I had to say 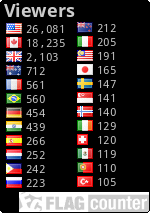